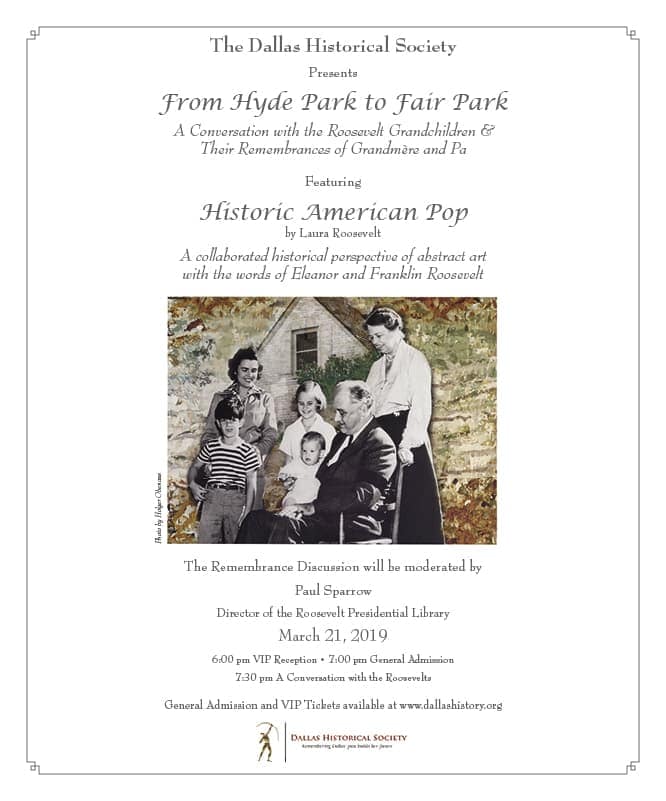 From Hyde Park to Fair Park

by Laura Roosevelt great-granddaughter of Eleanor and Franklin

The Remembrance Discussion will be moderated by Paul Sparrow – Director of the Franklin D. Roosevelt Presidential Library and Museum

Those participating in the intimate discussion of their personal memories of their grandmother and grandfather, Eleanor and Franklin are:

Nina Roosevelt Gibson, daughter of John, the youngest child of ER and FDR

Hall of State in Fair Park