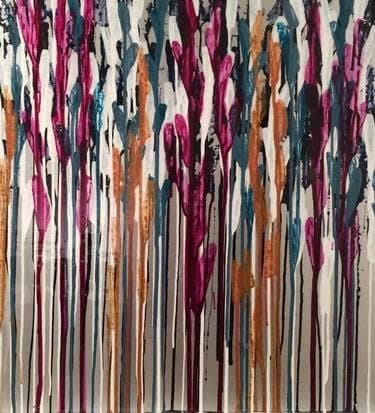 Laura Roosevelt The Craighead Green Gallery, a fixture in the Dallas Design District, is well-known for its three-artist shows. But on Nov. 6, the gallery will host the fourth of its First Launch series of exhibitions that feature a single arst. She would be Laura Roosevelt, whose back story is fascinating. Now living in New England, Roosevelt grew up in Dallas, where she attended Ursuline Academy, the site of some fascinating self-discovery. After struggling with dyslexia all th Painting was a different story. It opened up a whole new world and a career for a gifted artist. Roosevelt’s show runs through Nov. 15. Michael Granberry The Dallas Morning News Arts and Features mgranberry@dallasnews.com Published: 25 October 2014 04:23 PM Updated: 25 October 2014 04:23 PM